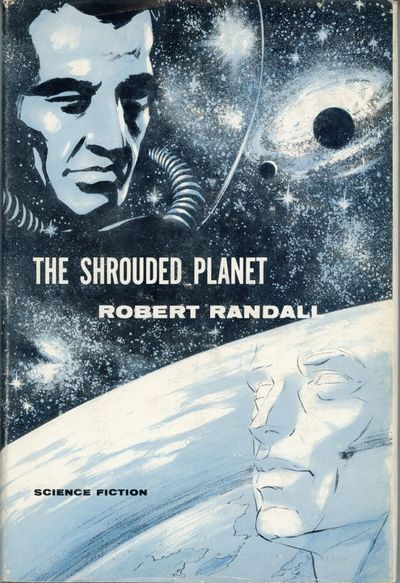 by Silverberg, Robert and Randall Garrett, writing as "Robert Randall.
New York: Gnome Press, 1957. Octavo, boards. First edition. A first contact story in which Earthmen discover Nidor, a warm planet with little dry land ruled by a theocracy. The average Nidorian considers change to be unthinkable: any deed or idea not authorized by the scriptures is taboo. The Earthmen's solution to an agricultural crisis results in overproduction, economic collapse, the Great Depression, depletion of the soil, and famine. A bitter radical plots to drive the Earthmen from Nidor. The story is continued in THE DAWNING LIGHT (1959). "A competent but unmemorable space adventure about human-alien contact by two of the most prolific magazine writers of the 1950s." - Pringle, The Ultimate Guide to Science Fiction, second edition (1995), p. 327. Text paper tanned, else a fine copy in nearly fine dust jacket with touch of wear at upper spine end and upper front corner tip. (#162545) (Inventory #: 162545)
$75.00 add to cart or Buy Direct from L.W. Currey
Share this item
L.W. Currey Inc.
Offered by