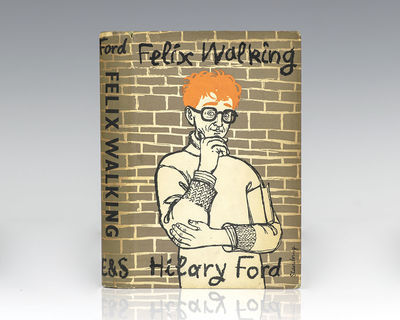 by Ford, Hilary
London: Eyre & Spottiswoode, 1958. First edition of the first book published under Youd's pseudonym Hilary Ford. Octavo, original cloth with gilt titles to the spine. Near fine in a very good price-clipped dust jacket. Contemporary inscription to the front free endpaper. British author Christopher Samuel Youd became best known for his science fiction novels published under the pseudonym John Christopher, including The Death of Grass and the young-adult series The Tripods. He published works under several variations of his own name including Stanley Winchester, Hilary Ford, William Godfrey, William Vine, Peter Graaf, Peter Nichols, and Anthony Rye. Felix Walking is the first novel published under the pseudonym Hilary Ford, and was subsequently followed by Felix Running in 1959. (Inventory #: 96197)
$125.00 add to cart or Buy Direct from
Raptis Rare Books
Share this item