Sketch of the Life and Pubic Services of General Lewis Cass. With the Pamphlet on the Right of Search and Some of His Speeches on the Great Political Questions of the Day 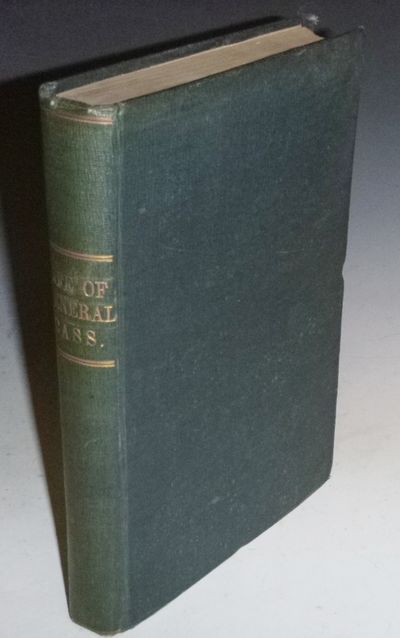 by Young, William T. (inscrbed By the author)
Detroit: Markham and Elwood, 1852. First Edition. Octavo. 420pp.(with table of contents mis-bound) Inscribed by the author to C.C. Jackson, (a confederate soldier of Tennessee's Fourteenth (Neely's) Cavalry, I-Y during the Civil War). During the War of 1812, Cass rose from the rank of colonel of volunteers to brigadier general in the regular army. He was governor of Michigan Territory from 1813 to 1831. As secretary of war in President Andrew Jackson's cabinet (1831-1836), and he directed the conduct of the Black Hawk and Seminole wars. For the next six years, he served as minister to France. In the 1848 presidential campaign, Cass was the Democratic nominee but was defeated by the Whig candidate, Zachary Taylor.(Ency. Brittanica). Bound in dark green-black cloth, spine lettering gilt, Early owner's bookplate, J. Farrand Williams, minor wear to spine ends. A very good copy. (Inventory #: 022153)
$215.00 add to cart or Buy Direct from
ALCUIN BOOKS, ABAA
Share this item

Lafayette, LA : Acadiana Press , 1988
(click for more details about The Conduct of Federal Troops in Louisiana During the Invasions of 1863 and 1964)
View all from this seller>