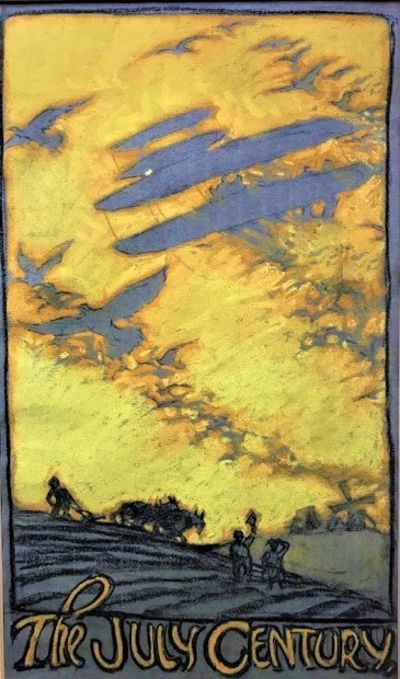 An evocative and superbly executed pastel drawing for a broadside advertisement (cover?) of The Century. The drawing clearly shows what is the "A" model of the Wright brothers bi-plane aloft in the European countryside. Wilbur arrived in Paris in May of 1908 to begin a year of demonstrations of the brothers' airplane. The Wright brothers also published several articles in major periodicals detailing their aeronautical experiments. The most significant, entitled "The Wright Brothers' Aëroplane," appeared in The Century Magazine in Sept. 1908. There is a legend on the verso written in pencil: "F B Masters 23 W. 24". (Inventory #: 19009)
$3500.00 add to cart Available from
Palinurus Antiquarian Books
Share this item