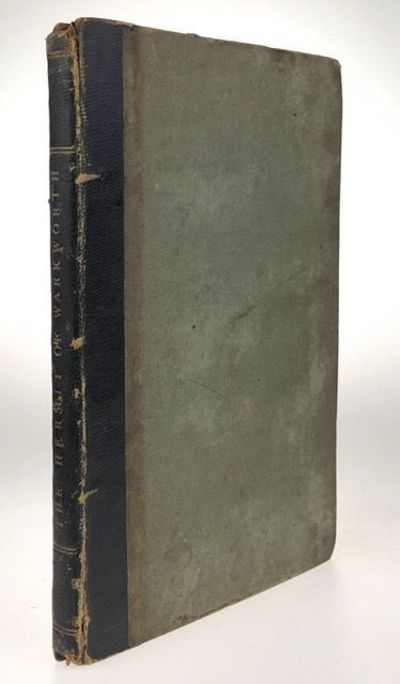 by Percy, Thomas
York: Printed and Sold by J. Catnach; Wilson and Spence, 1807. Second Edition, First Large Paper. Second Edition, First Large Paper. Original or contemporary gray paper boards with later black calf spine with gilt lettering. The scarce Large Paper Copy of the second edition, printed one year after the first, of which only a few copies were issued in large paper as per "History of the Catnach Press:" "A Second Edition, of which a few copies were printed on extra thick paper, royal 8vo., to match with some of his other works, [was] illustrated by Bewick, with 13 cuts." Corners bumped, spine slight worn, some browning, slight tear to corner of free fly, overall a very good copy. (Inventory #: 4543)
$1,250.00 add to cart or Buy Direct from
Nudelman Rare Books
Share this item