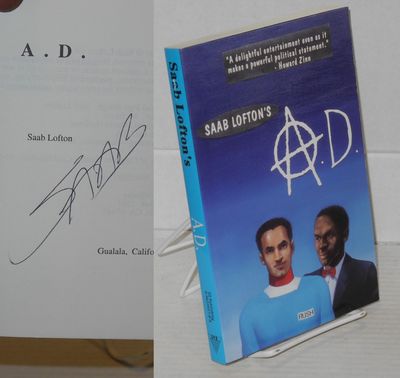 by Lofton, Saab
Gualala, CA: III Publishing, 1995. Trade Paperback. 313p., first printing, wraps, signed by the African American writer. This utopian novel posits a future in the next century in which the Nation of Islam and White Aryan Resistance have divided the US --- and a future 300 years later when the world is governed by a libertarian socialist democracy. "So intriguing I almost read it." - cataloguer. (Inventory #: 23282)
$17.00 add to cart or Buy Direct from Bolerium Books
Share this item