The Wizard of the Winds; [as told to Robert Hull] [from the Steve Fossett collection] 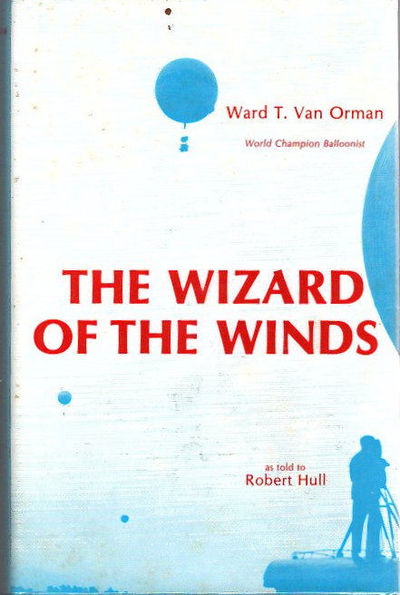 by Van Orman, Ward T.
Saint Cloud, MN: North Star Press, 1978. First Edition. Near Fine/Near Fine. Patrick A. Dwyer. Inscribed to Fossett on half title [8.75x5.75in]; xvi, 278 pp., frontispiece illustration of Van Orman, many illustrations and images, appendix; Light blue cloth covers with silver lettering on spine, annotated images of balloon on front end papers and charts of race standings on rear end papers, all edges trimmed; Light blue tinted pictorial dust jacket with red lettering on front and spine, image of balloon race on front; Negligible shelf wear to book, bookplate of Steve Fossett on front free end paper; Some soiling and spots to dust jacket, spine slightly faded. Ward T. Van Orman (1894-1978) was an engineer, inventor and balloonist. In the early 1900's and the development of aircraft, lighter-than-air balloon development was seen as an alternative to air travel over long distances with heavier loads. Van Orman was part of the development of Zeppelins and other maneuverable airships. The balloon races served as a training ground for advances in technology and control of balloons. He invented better self-sealing fuel tanks and the use of portable radios for communication. In later years, he was instrumental in development of pressure suits for diving and air travel. Steve Fossett (1944-2007) was a successful commodities trader and an adventurer that set world records in balloons, sailboats, gliders and unique powered aircraft. His 2,000 + book collection included significant and authoritative accounts of aeronautics, polar, Asia, Australasia, circumnavigation's, mountaineering and others. In 2007, Fossett disappeared on a solo flight in a light aircraft over the eastern Sierra Mountains along the California and Nevada border. The wreckage was found by hikers a year later along the rugged Mt. Ritter range in the Ansel Adams Wilderness in Madera County, about 10 miles east of Yosemite National Park. (Inventory #: 13650)
$94.00 add to cart Available from
David Spilman Fine Books
Share this item