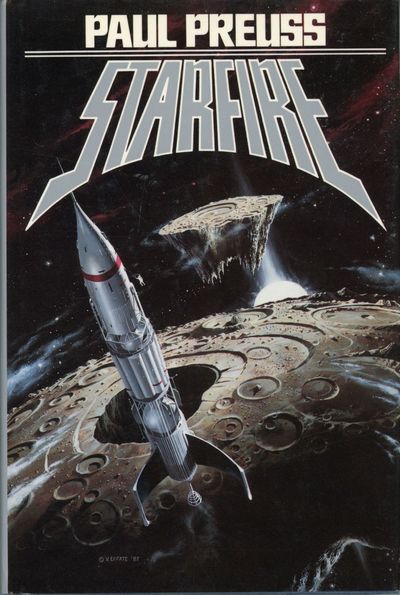 by Preuss, Paul
[New York]: Tor, 1988. Octavo, boards. First edition. A presentation copy with signed inscription by Preuss to his editor David G. Hartwell on the title page: "For David -- / another for the shelf / that wouldn't be / there without you. -- / Many thanks, / Paul Preuss / March '88." A tale of the near future of the American space program. "Grittily described near future space adventure in which a doughty band of astronauts lands on an asteroid which has a very tight orbit around the Sun. The familial and political machinations are dull, but once in space the story flies." - Pringle, The Ultimate Guide to Science Fiction, second edition (1995), p. 348. A fine copy in fine dust jacket. (#156738) (Inventory #: 163834)
$150.00 add to cart or Buy Direct from L.W. Currey
Share this item
L.W. Currey Inc.
Offered by