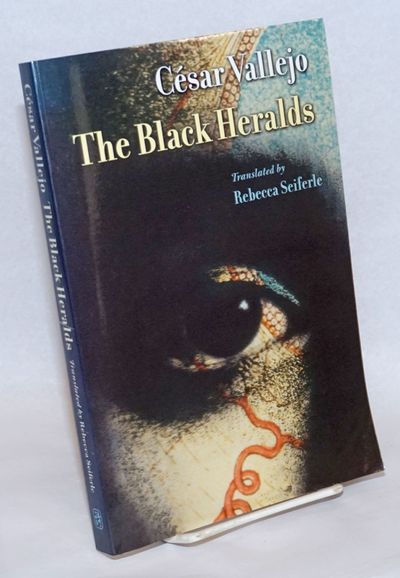 by Vallejo, César
Port Towsend WA: Copper Canyon Press, 2003. Paperback. xxxv, 197p., softbound in glossy decorated 9x6 inch wraps. Slightest edgewear, a very nice clean copy. Peruvian poet; the title in hand was one of only two collections he published in his lifetime. "After imprisonment on false political charges and the lackluster reception of The Black Heralds, he moved to Paris, where he became active in Marxist politics and the antifascist campaign in Spain...Vallejo died in Paris, in utter poverty, on the day Franco's armies entered Madrid (Inventory #: 240065)
$12.00 add to cart or Buy Direct from Bolerium Books
Share this item