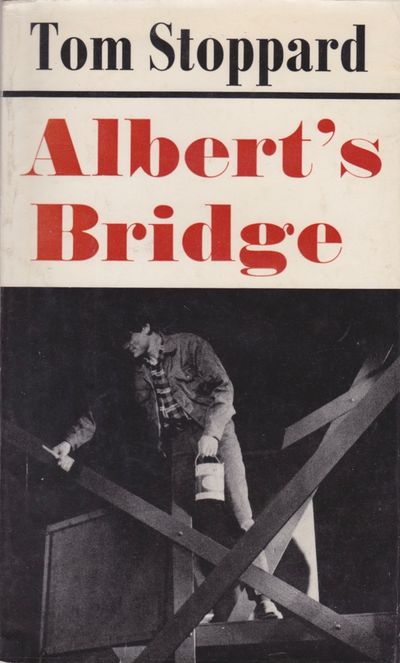 by Stoppard, Tom
London: Faber and Faber Limited, 1970. First Edition Thus. Small 8vo (7 7/8 x 4 3/4 inches; 199 x 120 mm), 39, [1] pages, in photo-illustrated wrappers over stiff white card binding.  SIGNED by Tom Stoppard on the title page. A philosophy student named Albert is employed to paint a bridge. Hilarity ensues. The play was first performed on the BBC Third Programme on July 13, 1967, with John Hurt playing the role of Albert. "Albert's Bridge was my first more-or-less full-scale radio play," Stoppard observes in the introduction to Plays 2, a collection of his radio plays. The Oxford Theatre Group performed the first stage production of the play at the Edinburgh Festival on August 29, 1969. "Albert's Bridge" first appeared in book form together with "If You're Glad I'll Be Frank" in 1969. This edition contains only Albert's Bridge. Signed copies are scarce to the market. Baker and Wachs A4c. (William Baker and Gerald N. Wachs, "Tom Stoppard: A Bibliographical History," 2010.) SCARCE SIGNED.