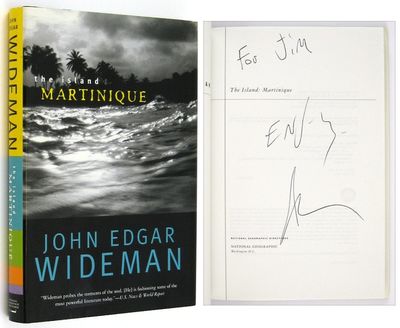 by (TATE, James). WIDEMAN, John Edgar
Washington, DC: National Geographic. (2003). One of Wideman's least common books, presumably because National Geographic publications do not generally get the same kind of exposure and promotion in the retail book trade as do those of commercial presses. Inscribed by Wideman to James Tate (as "Jim," but from the estate of James Tate). Fine in a fine dust jacket. Unless otherwise noted, our first editions are first printings. First Edition. Hardcover. Fine. (Inventory #: 034432)
$125.00 add to cart Available from
Ken Lopez - Bookseller
Share this item