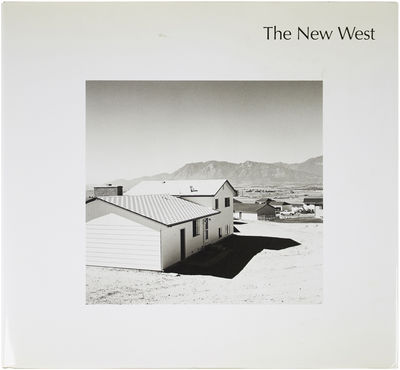 by ADAMS, Robert
Köln: Verlag der Buchhandlung Walther König, 2005. Fine in a near fine photo-illustrated jacket with light shelf wear and very faint yellowing along the top and bottom edges.. Second edition. Oblong quarto. The new edition of a classic photobook. Divided into sections that explore the expansion of the suburban southwest, Robert Adams's minimalist masterpiece has long been regarded as a cornerstone work of the New Topographics movement. Despite the obvious political and environmental overtones, The New West has the distinct feel of an artist's book, albeit with a conventional presentation. The first section, "Prairie," is reminiscent of Ed Ruscha, and many pictures in the subsequent chapters blur the line between social documentary and conceptual art. With a forward by John Szarkowski and a conversation between Adams and Thomas Weski. (Parr / Badger, v2, 25; Roth 226-227). (Inventory #: 25004)
$150.00 add to cart or Buy Direct from Harper's Books
Share this item
Harper's Books
Offered by

Zurich: Edition Patrick Frey / Scalo , 1999
(click for more details about Piotr Uklanski: The Nazis)
View all from this seller>