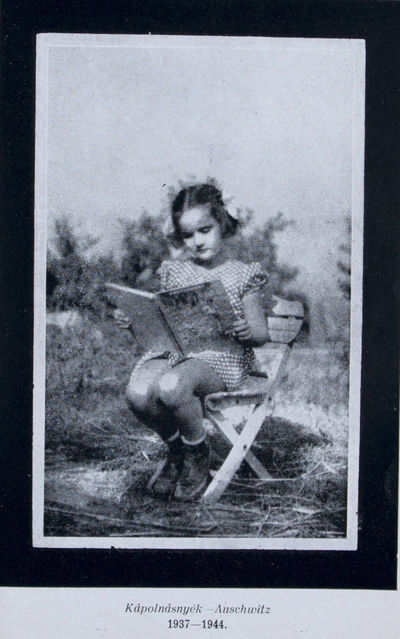 by Fisch, Henrick (ed.)
Budapest: Henrick Fisch, 1947. First edition. Softcover. g to vg-. Octavo. 63pp. [1]. Tan printed wrappers with black lettering on the front cover. B/w photographic reproduction at the front. A record of 4 speeches given in the Upper House of the Hungarian National Assembly by Christian ecclesiastical figures. The speeches were given on two separate occasions by three individuals, Lutheran Bishop Sándor Raffay, Reformed Bishop László Ravasz and Catholic Cardinal Jusztinián Serédi, Prince Primate of Hungary, all of whom served as members of the Upper House of the National Assembly. These occasions were the discussions leading up to the voting on the First Jewish Law (1938) and the Second Jewish Law (1939). These anti-Semitic laws were aimed at restricting Jews' involvement in the financial, social, political and professional life of the country. The speeches were as follows: Speech by the Lutheran Bishop Sándor Raffay on May 24, 1938. Convocation of the Reformed Bishop László Ravasz, May 24, 1938. Speech of the Lutheran Bishop Sándor Raffay, April 15, 1939. Speech by Cardinal Jusztinián Serédi Prince Primate , of Upper House on April 15, 1939. It is interesting to note that although at least two of these men voted in favor of the anti-Jewish laws, they later ended-up giving varying degrees of assistance to persecuted Jews during the War and the Holocaust, when the situation became even more dire. Table of contents on the final page. Text in Hungarian. Wrappers age toned, with some light rubbing, creasing, and/or chipping to extremities. Interior with an ink inscription in Hebrew from a previous owner on the front free endpaper, and ink stamps of a previous owner at the top of a number of pages throughout including the title page. A few instances of marginal notes and/or markings in pen throughout. Wrappers in good, interior in very good- condition overall. Scarce. Protected by modern mylar. (Inventory #: 45902)
$375.00 add to cart or Buy Direct from
Eric Chaim Kline Bookseller
Share this item