The Poetry of My Politics 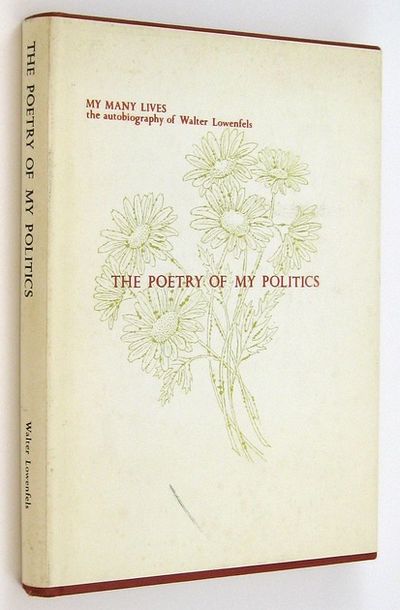 by LOWENFELS, Walter
Homestead: Olivant Press. (1968). The second volume of "My Many Lives: the Autobiography of Walter Lowenfels." Lowenfels was a poet, editor, journalist, and left-wing political activist. He was arrested by the FBI in 1953 for conspiracy to overthrow the government; in the 1960s he was a prominent anti-Vietnam-war activist; in 1975 he edited an international anthology, For Neruda, For Chile, in the aftermath of the 1973 Chilean coup. An uncommon publication, produced from typescript. OCLC locates only three copies. Very good in a very good dust jacket that is too short for the book and has an edge tear on the lower rear panel. Unless otherwise noted, our first editions are first printings. First Edition. Hardcover. Very Good. (Inventory #: 034458)
$200.00 add to cart Available from
Ken Lopez - Bookseller
Share this item