An exhortation to the inhabitants of the province of South-Carolina, to bring their deeds to the light of Christ, in their own consciences ... in which is inserted, some account of the author's experience in the important business of religion 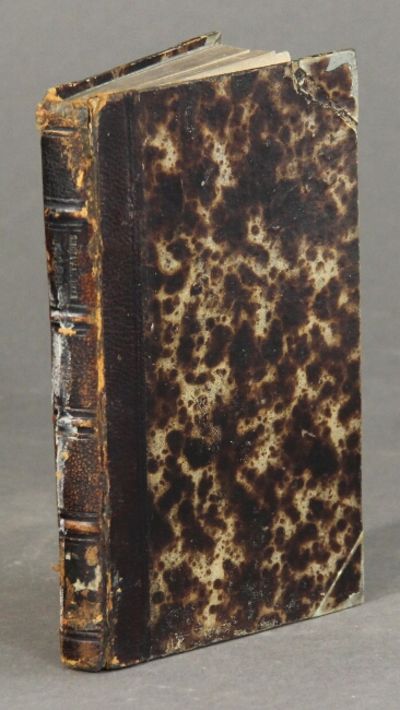 by Hume, Sophia
Dublin: printed by Isaac Jackson, in Meath-street, 1754. 12mo, pp. 164, [4] ads; 19th century morocco-backed marbled boards; flyleaves perished, joints cracked; textblock sound. First published in Philadelphia in 1747. Born in Charleston, Hume was married to a landowner, lawyer and public official, and led a life of aristocratic leisure until the death of her husband. A conversion took place in 1740. In much reduced circumstances she moved to London and adopted the simple habits of a Quaker. In 1747 she felt a call to reprove the self-indulgences of the inhabitants of Charleston, and once again removed there to preach. To spread her message she wrote this book, which went through several editions. "Among Quaker women of her day, Sophia Hume had an extraordinary knowledge of the arts, literature, and theology--to some extent the product of her years as an Anglican....she found it hard to justify erudition in a woman--and harder to justify her public life--by her own principles. The result was a paradoxical career" (Notable American Women). Sabin 33780. (Inventory #: 54520)
$431.25 add to cart or Buy Direct from
Rulon-Miller Books
Share this item