Announcement Sheet for a series of performances on January 8, 1962 at the Living Theatre 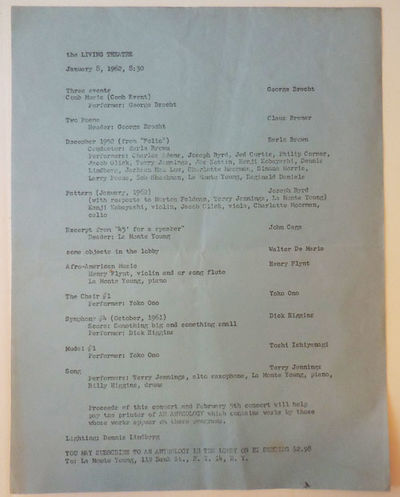