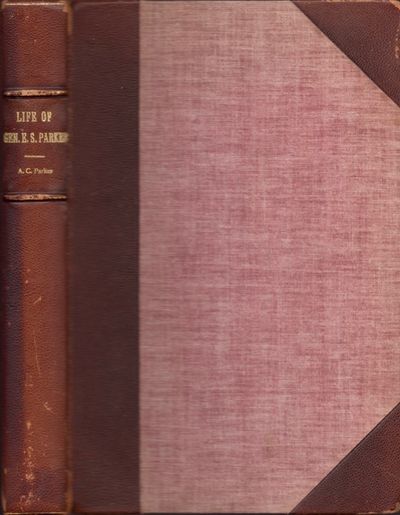 Ely Samuel Parker (1828 - August 31, 1895), born Hasanoanda, later known as Donehogawa, was a Seneca U.S. Army officer, attorney, engineer, and tribal diplomat. He was commissioned a lieutenant colonel during the American Civil War, when he served as adjutant and secretary to General Ulysses S. Grant. He wrote the final draft of the Confederate surrender terms at Appomattox. Later in his career, Parker rose to the rank of brevet brigadier general. When Grant was elected president, he appointed Parker as Commissioner of Indian Affairs, the first Native American to hold that post.[1]. (Inventory #: 17670)
$175.00 add to cart or Buy Direct from Americana Books
Share this item

A Treatise on the Diseases of Females

Philadelphia : Carey, Lea & Blanchard , 1837
(click for more details about A Treatise on the Diseases of Females)
View all from this seller>