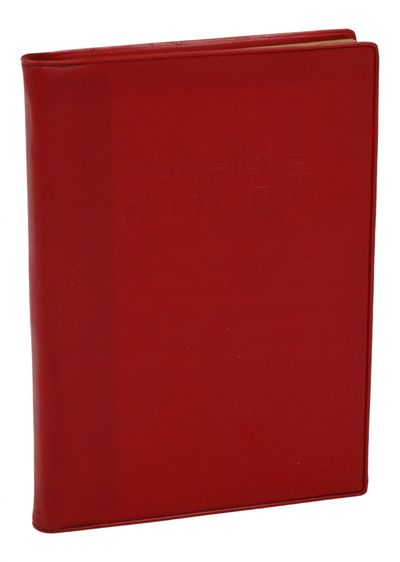 by Mao Tse-Tung (or Zedung)
[China]: [General Political Department of the Chinese People's Liberation Army], 1964. First Edition. Red vinyl over wraps. Near Fine. 250 pp. First edition. Red vinyl covers over wraps; text in Chinese, with 30 chapters. The endorsement leaf by Lin Baio has been excised, as is common in many copies. In promoting the Little Red Book, Biao rose to prominence in Mao's inner circle, with Biao becoming seen as Mao's successor. However, when unsubstantiated rumors surfaced that Biao was plotting to assassinate Mao, Biao was killed and subsequently the endorsement leaf was excised from remaining copies. Near fine with light foxing to textblock edge, light toning to pages. Following the Bible, this is the most-printed text world-wide. (Inventory #: 140938964)
$1,750.00 add to cart Available from
Burnside Rare Books
Share this item
Burnside Rare Books
Offered by

Hope of Heaven and Other Stories

London : Faber and Faber Limited , 1939
(click for more details about Hope of Heaven and Other Stories)
View all from this seller>