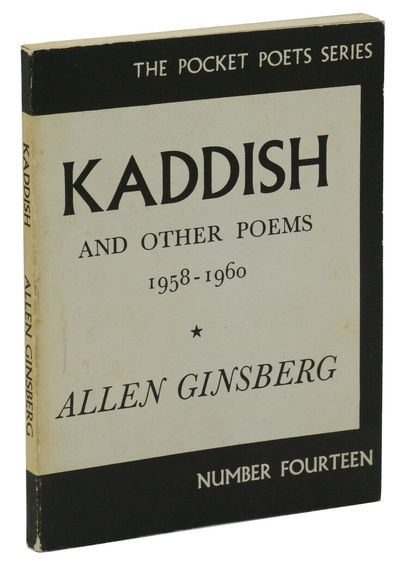 by Ginsberg, Allen
San Francisco: City Lights Books, 1961. First Edition. Very Good. First edition, first printing. [Seven line statement on last page with no mention of Villiers on p. 100 as per Morgan The Works of Allen Ginsberg, 1941-1994: A Descriptive Bibliography, A4 a1.1. This contradicts Cook, which was published earlier and is less thorough, but is much more widely cited.] 100 pp. Wraps. Pocket Poets #14. Very Good with toning to spine and rear cover, rubbed head and tail, small scuff to front cover, a little over-opened toward front. The first book appearance of Ginsberg's second most famous poem, a meditation on death and Judaism. (Inventory #: 140939007)
$100.00 add to cart Available from
Burnside Rare Books
Share this item
Burnside Rare Books
Offered by