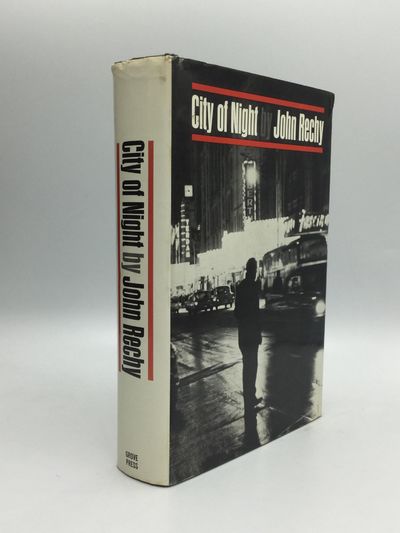 by Rechy, John
New York: Grove Press, Inc, 1963. First Edition. Hardcover. Very good/Very good. First edition, first printing in the first state dust jacket. Inscribed and dated on the title page by John Rechy, who added a short note alongside his signature, "This is a first first edition; i.e., a word in line 3 of the jacket copy was changed to 'furtive'. This jacket has 'the' word." The word in question ("groping") only appears on the first state dust jacket. Additionally, two holographic notes from Rechy to Los Angeles antiquarian bookseller William Dailey, one on his personal lettered, are laid in. The author's first book, written in ambitiously elaborate styles, in the form of linked stories, depicting various aspects of homosexuality and narcissism in American cities. One of the foremost American interpreters of contemporary gay themes, Rechy (b.1931) has explored the worlds of sexual and social outsiders in his semiautobiographical works, which occasionally draw on his Mexican-American heritage. Octavo. Original black cloth binding, with silver titles. Some minor edgewear to the dust jacket; otherwise very good. (Inventory #: 69841)
$600.00 add to cart Available from Johnson
Share this item