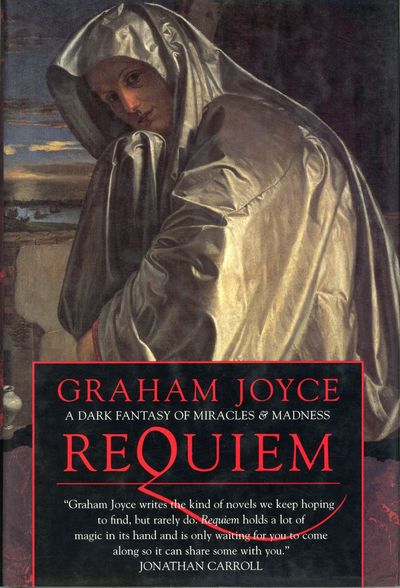 by Joyce, Graham
New York: Tor, 1996. Octavo, boards. First U.S. edition. "... a remarkable fantasy on many levels, from its well-drawn characters and their sexual and psychological preoccupations to its evocative depiction of contemporary Jerusalem and its uneasy balance of religious traditions to its central plot device, the discovery of a part of the Dead Sea Scrolls that tells a different version of Jesus's life ... This novel does what the best fantasy does, what the best fiction does: tell a story like no other in its own unique fashion." - Barron (ed), Fantasy and Horror (1999) 7-202. "After his wife is killed in a freak accident, Tom Webster travels to Jerusalem to meet Sharon, an old friend who works with mentally disturbed addicts at a rehabilitation center. As he tries to come to terms with his grief, Tom befriends David Feldberg, an elderly Jewish scholar who bequeaths Tom secret fragments from the Dead Sea Scrolls that Tom takes to Ahmed el-Asmar, a biblical scholar and former addict who believes he battles djinns every night. Confronted with an unsettling revelation about the death of Jesus Christ that the scroll fragments contain and haunted by a phantom that manifests itself as both his dead wife and Mary Magdalene, Tom becomes increasing unstable as the novel builds to a harrowing climax. A well-regarded, beautifully written dark fantasy." - Boyd White. A fine copy in fine dust jacket. (#164456) (Inventory #: 164456)
$25.00 add to cart or Buy Direct from L.W. Currey
Share this item
L.W. Currey Inc.
Offered by