VERSO NEW SERIES: A MAGAZINE FOR THE BOOK AS A WORK OF ART (COMPLETE RUN) 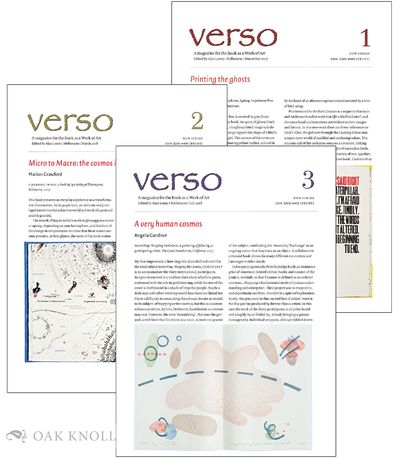 Verso New Series was the successor to the first five issues of Verso, based on the idea that a book may reach the level of art from any origin, impulse, technology, or cultural location. Largely based in Australia and New Zealand, each issue also featured works from the international scene. Each essay is on a single work or printer. Illustrated in color throughout.

Stockholm, MN : Midnight Paper Sales , 2006
(click for more details about THOMAS MCGRATH A TRIBUTE)
View all from this seller>