An epistle to the right honourable Richard Lord Visct. Cobham 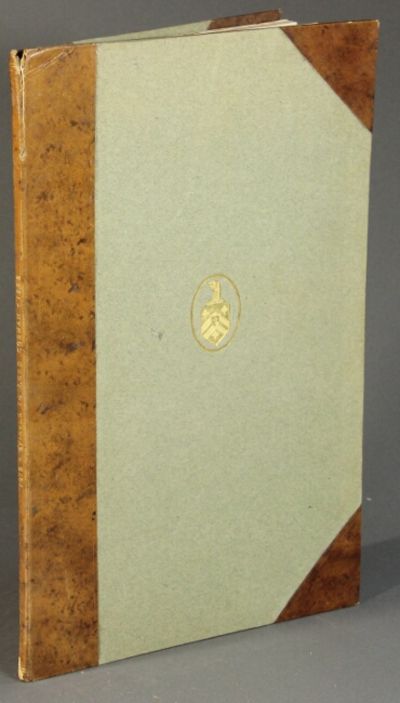 by Pope, Alexander
London: Printed for Lawton Gilliver, 1733. First edition, folio, pp. [4], 13, [3]; half title reads "Of the knowledge and Characters of Men"; later half calf over boards, gilt arms of Sir Robert Abdy Baronet of Albyns in Essex on upper cover and his bookplate on upper pastedown; upper joint with two inch split at top, edges foxed, very good. The title page dates the printing 1733 but it was actually published in the beginning of 1734. Includes the terminal advertisement leaf. One of Pope's four "Moral Essays." Foxon P-920; Griffith 329. (Inventory #: 54902)
$517.50 add to cart or Buy Direct from
rulon-miller books
Share this item