America's Taliban. In its own words 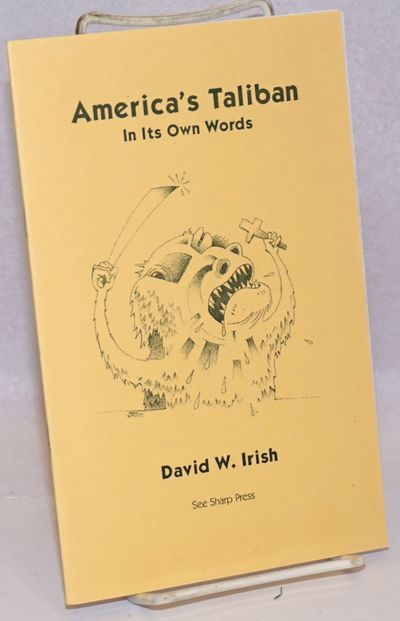 by Irish, David W.
Tucson, AZ: See Sharp Press, 2003. Pamphlet. 28p., 5.5x8.5 inches, staple-bound pamphlet, as New. Largely a small anthology of quotes from "authoritarian Christian scumbags" such as Gary North, Randall Terry, Pat Robertson, Jerry Falwell, and R.J. Rushdooney, with the Catholic Pat Buchanan added in for added spice. Topics include the Separation of Church and State, the Justice System, Women, Jewish People, Race and Color, etc. From the backcover: "This pamphlet contains a myriad of insane, grotesque, frightening, and occasionally unintentionally funny quotations from the authoritarian religious nuts who want to run your life. (Inventory #: 243311)
$12.00 add to cart or Buy Direct from Bolerium Books
Share this item