The Union Text Book Containing Selections from the writings of Daniel Webster: The Declaration of Independence; the Constitution of the United States and Washington's Farewell Address with copious Indexes 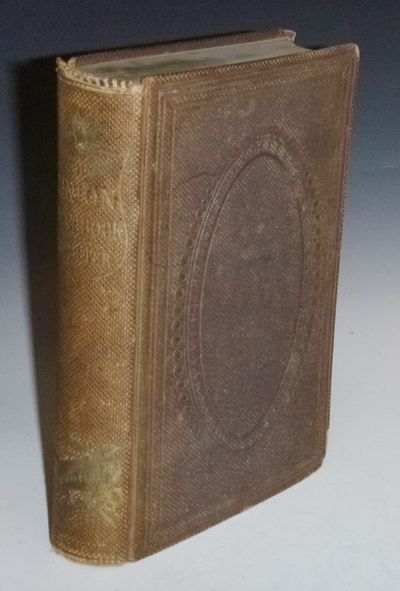 Philadelphia: G.G. Evans, 1860. First Edition. Octavo. 503 pages, (1)pp index to Washington's farewell address and 22pp. ads. The Title page further notes: Liberty and Union, Now and Forever, One and Inseparable. One County, One Constitution, One Destiny. A fascinating book which covers areas not usually seen in 19th Century American History. Much on Daniel Webster is well-known but here are selections not commonly seen. His argument for the purchase of James Madison's papers, for instance, where he notes because of the absolute secrecy of the Constitutional Convention are Madison's notes as well as the events that led up to that convention. The title page is printed one year before the American Civil War and yet it states the U.S. Liberty and Union is now and forever one and inseparable. The paradox is how this dream of a county that was unified would divide into North and South less than a year after this work was published. Of course, it does not address the mystery of how James Madison who was perhaps the major genius behind the Constitution could have betrayed it particularly in Washington's second term where already the sectionalism that Frederick Jackson Turner has written about was pronounced but not recognized as the situation was often viewed through rose-colored glasses. The section Constitution and the Union which was given before the Senate in March of 1850 shows how slavery was already an issue which had allowed some Southern voices to use the word secession. The tension between the ideals of an indissoluble union and the voices from the South which wanted slavery not only to exist but to expand but were threatening that union are already etched out here and were only resolved by the Civil War. Bound in publisher's brown embossed cloth, pale yellow endpapers, spine lettered and decorated in gilt, light fading or soiling to spine, spine ends and corners lightly worn, some off-setting to titlepage from frontispiece. A very nice copy. (Inventory #: 027446)
$125.00 add to cart or Buy Direct from
ALCUIN BOOKS, ABAA
Share this item

London; Easter 1897 : The Art Journal
(click for more details about Sir Edward J. Poynter, President of the Royal Academy)
View all from this seller>