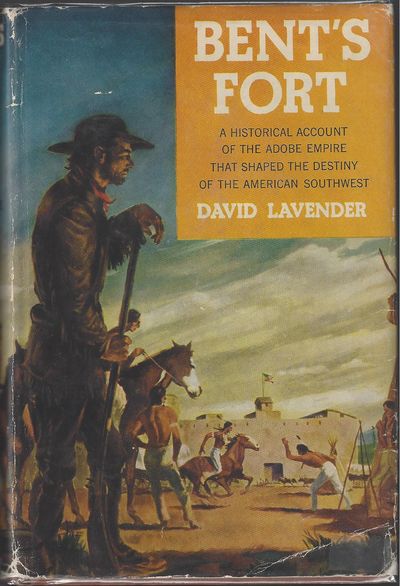 by Lavender, David
Garden City, NY: Doubleday & Company, 1954. First Edition. 450pp. Octavo [21.5 cm] Tan cloth. Very good/Near fine. Minor rubbing to corners of price clipped jacket. Definitive and classic work on the Bent Brothers' oasis on the Arkansas River, that was the stop along the Santa Fe Trail, and for decades the only stop between Kansas City and Santa Fe. The Bents were some of the first traders in this land roamed (and claimed) by many (Spanish, American, Cheyenne, Arapahoe and French), and predated Brigham Young in the west by a decade and a half.

"Charles and William Bent, recently displaced from the Missouri River by the Violent trade wars to control its commerce. Here on the borders of a foreign land they found a field for a fresh start. Together with Ceran St. Vrain, a man who knew the Mexicans well, they built a vast mud castle that Mexico came to fear far more than she had its mythical predecessor. There was reason. For here was the spearhead of American expansion to the Southwest." - from the Author's introduction. (Inventory #: 644)
$50.00 add to cart Available from
Tschanz Rare Books
Share this item