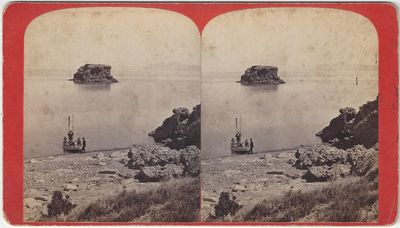 Charles Roscoe Savage (1832-1909) was an accomplished and prolific photographer who lived successfully within his Salt Lake City community and traveled widely throughout the West taking photographs and befriending other important photographers of his day such as Carleton Watkins, Edward Wilson, Timothy O'Sullivan, Alfred Hart and A.J. Russell. Savage took several of the West's most famous images at the celebration of the joining of the transcontinental railroads at Promontory Point, Utah in 1869. Savage also took the first photographs of what became Zion National Park. (Inventory #: 121)
$100.00 add to cart Available from
Tschanz Rare Books
Share this item