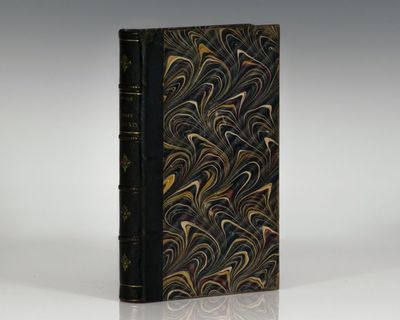 by Pasteur, Louis
Paris: L'Imprimerie Imperiale, 1866. First edition of Pasteur's landmark study of fermentation in wine and the development of micro-organisms. Octavo, with 32 inserted color plates and 10 black and white figures in the text. In very good condition. Louis Pasteur was a French biologist, microbiologist and chemist renowned for his discoveries of the principles of vaccination, microbial fermentation and pasteurization. He is remembered for his remarkable breakthroughs in the causes and prevention of diseases, and his discoveries have saved many lives ever since. He reduced mortality from puerperal fever, and created the first vaccines for rabies and anthrax. His medical discoveries provided direct support for the germ theory of disease and its application in clinical medicine. He is best known to the general public for his invention of the technique of treating milk and wine to stop bacterial contamination, a process now called pasteurization. He is regarded as one of the three main founders of bacteriology, together with Ferdinand Cohn and Robert Koch, and is popularly known as the "father of microbiology" (Inventory #: 51032)
$1,500.00 add to cart or Buy Direct from
Raptis Rare Books
Share this item