THE DEVIL THAT FAILED 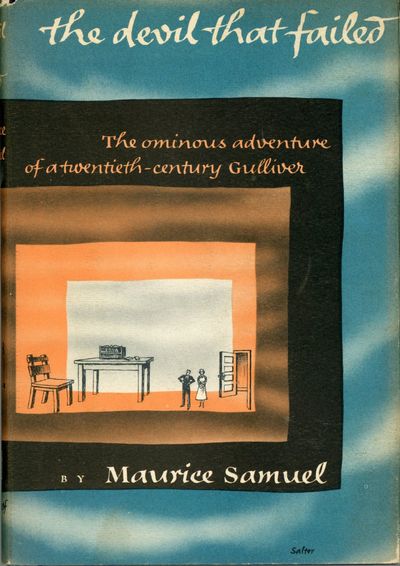 by Samuel, Maurice
New York: Alfred A. Knopf, 1952. Octavo, cloth. First edition. Kafkaesque dark fantasy satire, half a thriller and half a parable, of the experiences of a modern Gulliver afflicted with "delayed gigantism" whose height increases to thirteen feet and who weighs some 2200 pounds. Maurice Samuel (1895-1972) was a Romanian-born journalist, translator and lecturer, educated in England. In 1914 he moved to America and became a permanent resident of the United States. Reginald 12666. Some darkening of endpapers, else a fine copy in very good dust jacket with light wear at edges and dust soiling to rear panel. (#164636) (Inventory #: 164636)
$25.00 add to cart or Buy Direct from L.W. Currey
Share this item
L.W. Currey Inc.
Offered by