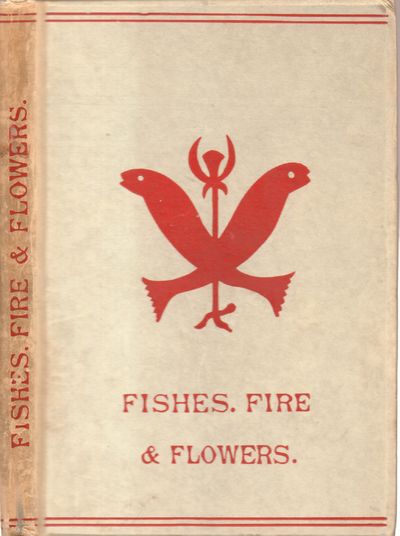 by Jennings, Hargrave
London: Privately Printed. Good. Hardcover. Twelve volume set of the Phallic and Mystical Series attributed to Hargrave Jennings, a British Freemason and author of numerous books on occultism and esotericism. Volumes were published between 1880 and 1892; one volume is undated; all were privately printed in London. Volumes range in pagination from 72-134pp; all have cream colored paper boards with red lettering and illustrations on front board and spine. Volumes range in condition from good to very good. Most volumes have moderate toning along spine, and light to moderate soiling and chipping to boards; three volumes have heavy soiling, cracked gutters (all content present) and light to moderate wear; most have light to moderate toning throughout text block; leaves are uncut in one volume and a few volumes have jaggedly cut signatures. Titles and publication dates are as follows: Ophiolatreia (undated) , Phallic Worshipwith the History of the Masculine Cross (1880) , Matrimonial Ceremonies Displayed (1880) , History of Flagellation (1888) , Phallic Objects, Monuments and Remains (1889) , Cultus Arborum (1890) Archaic Rock Inscriptions (1891) , Nature Worship (1891) , Phallic Miscellanies (1891) , Mysteries of the Rosie Cross (1891) , and Phallismwith an Account of Ancient & Modern Crosses particularly of the Crux Ansata (1892). Hargrave Jennings developed the theory of "phallism," believing that the origins of religious belief can be traced back to phallic worship of the sun and fire. ; 8vo 8" - 9" tall . (Inventory #: 019936)
$750.00 add to cart Available from
Back of Beyond Books
Share this item


(click for more details about Pyramid Peak. In the Grand Canon of the Colorado on the A. & P. R. R.)
View all from this seller>