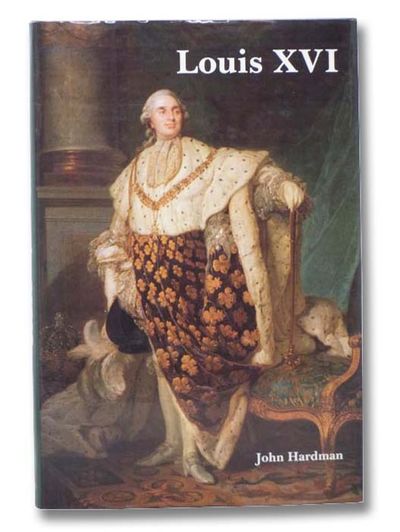 by Hardman, John
Yale University Press, 1993. First Edition. Hard Cover. Fine/Fine. First edition. A fine copy. 1993 Hard Cover. viii, 264 pp. "The reign of Louis XVI, which ended in 1793 with the guillotining of the king and his queen, Marie-Antoinette, is a dramatic and crucial part of French history. Yet there have been no scholarly studies of Louis in any language, a result of the destruction or dispersal of the king's personal papers and documents. John Hardman, who has spent many years tracking down the primary sources, now fills the gap with this engrossing and perceptive account of Louis's reign. Hardman divides his story into three periods. His account of the first twelve years of Louis's reign, from 1774 to 1786, penetrates the secret workings of absolute monarchy in the last stage of its development. During this period, Hardman shows, the King was capable, especially in the fields of foreign affairs and public finance, but also austere, enigmatic and at times callous. The second part of the book, from 1787-9, opens with Louis's great personal reform initiative, presented to the Assembly of Notables and one of the pivotal events of the reign. Here Hardman discusses the disintegration of the regime, the loss of Louis' personal composure, and the corresponding rise in the influence of Marie-Antoinette. The King's often misunderstood attitude to the Estates-General in 1789, he argues, determined the whole character and course of the French Revolution. The main political theme of the final section, from 1789-93, is the King's attitude towards the Revolution as embodied in the Constitution of 1791. But here the political drama is replaced in part by a human one: as Louis's political role declined, his character, tempered by suffering, appears increasingly sympathetic. In the end, Louis emerges as a ruler with clear ideas and a genuine concern for the French people, and the flight to Varennes and the King's imprisonment and execution take on a new poignancy. (Inventory #: 2296314)
$15.00 add to cart or Buy Direct from
Yesterday's Muse
Share this item
Yesterday's Muse, Inc.
Offered by