THE DANCE OF DEATH. By William Herman 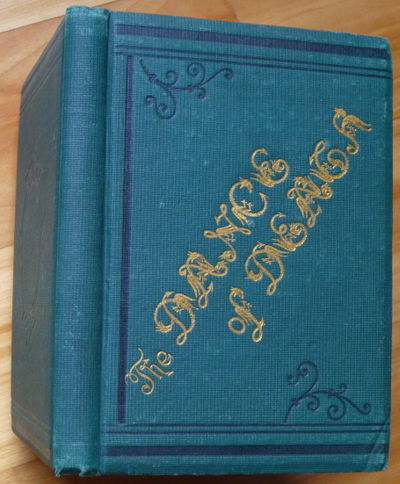 by [Bierce, Ambrose & Harcourt, Thomas A.]
1877. San Francisco: Henry Keller & Co., 1877. Original green cloth, beveled. First Trade (and generally the first obtainable) Edition of this very early (and very amusing) Bierce piece, which was preceded only by the three 1873-1874 titles written by "Dod Grile." The "dance of death" is none other than the waltz, "a dance that causes nothing but trouble... a source of moral decay and death, the death of marriages" [Knighton]. The true first edition, consisting only of "Author's Copies" (also San Francisco 1877 but not so indicated) is "the rarest of Bierce's productions" [Starrett], so this revised edition is welcomed by many Bierce collectors as a most-acceptable substitute. Bierce and Harcourt collaborated on it; "William Herman" was William Herman Rulofson, Harcourt's father-in-law, who financed it. This is one of the uncommon copies bound withOUT the "Author to the Public" note at the end: since this was the principal addition to the trade edition, many collectors prefer copies like this one, because such copies more closely parallel the true first. Near­fine condition (one fore-corner bumped, very slightly rubbed). Blanck 1105. Provenance: bookplate of the major Californiana collector Thomas Wayne Norris (1878-1952), who was a resident of Sonoma, Salinas, Livermore and Carmel; while in Livermore he was President of Coast Mfg. & Supply, explosive fuses. (Inventory #: 14465)
$475.00 add to cart or Buy Direct from
Sumner & Stillman
Share this item

1900
(click for more details about LORD JIM. A Romance)