Letters to Married Women on Nursing and the Management of Children 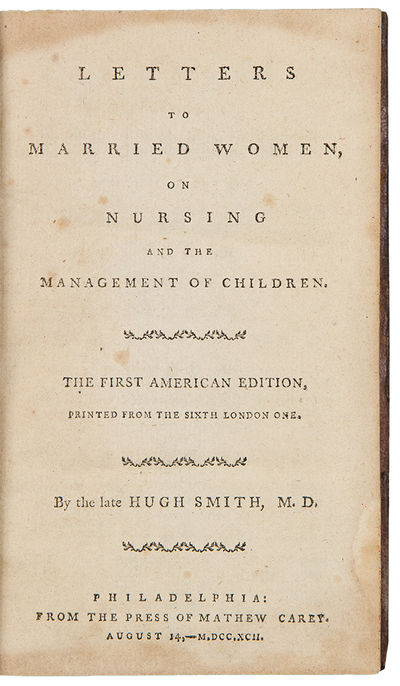 The present first American edition based on the sixth London edition by the British physician Smith would be among the earliest mothercraft manuals published in the United States. Smith was a strong proponent of a mother breastfeeding her own child, as opposed to surrogates or by hand, for both the health of the child and mother.