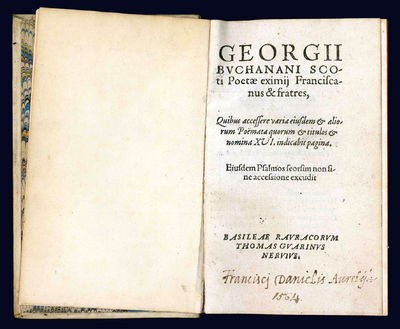 by BUCHANAN, George (1506-1582)
AN IMPORTANT ANTHOLOGY OF NEO-LATIN POETRY