Bloom and Brier; or, As I Saw it, Long Ago. A Southern Romance. 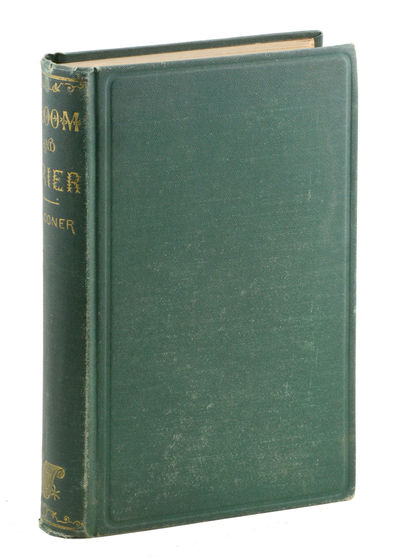 by Falconer, William.
Philadelphia: Claxton, Remsen & Haffelfinger; Montgomery, Ala.: Joel White, 1870. First edition.. The spring of 1865 was signalized by the final overthrow of the Confederacy, and by the first of June, the proud, the boastful, the defiant, ay, the victorious South! was wearing, well-set, the galling yoke of subjugation, with the PURITAN walking triumphantly through the land, and marking his way by a subversion of all the foundations upon which her society, her civilization, her wealth, and her imperiality, had ever reposed. Anarchy, chaos, idleness, dissoluteness, and debauchery, followed upon his march; but these were to him the sign, evidence, and emblem of his sway and authority, and sweet was his enjoyment: his want of true game and chivalry was to him the impervious shield against the natural shame, of having so long been engaged in the effort to place his foot upon the neck of the hated South." A revisionist Southern romance set during the high period of plantation life in Alabama and the Civil War, with thoughtful men and sylph-like young women who would seem to argue that if the chivalrous South had but been left alone by the small-minded fanatics of the North, it would have worked out the question of slavery and industrialization in its own noble manner. (The South had clearly lost the war but as here was trying to win the hearts and minds of the Reconstruction.) Wright II, 883. (Inventory #: 19627)
$100.00 add to cart or Buy Direct from
Garrett Scott, Bookseller
Share this item

The Watery War: or, A Poetical Description of the Existing Controversy Between the Pedobaptists and Baptists, on the Subjects and Mode of Baptism. By John of Enon [pseud].

Boston: : Printed and Sold by Manning & Loring, , 1808.
(click for more details about The Watery War: or, A Poetical Description of the Existing Controversy Between the Pedobaptists and Baptists, on the Subjects and Mode of Baptism. By John of Enon [pseud].)
View all from this seller>