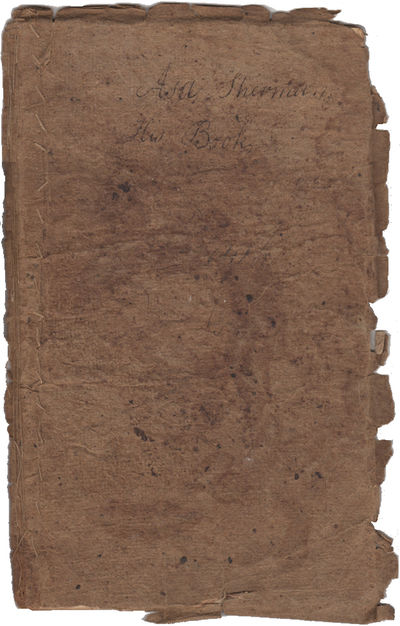 by Kept by Asa Sherman
This ciphering book is approximately 8" x 12.5". It contains 64 pages of mathematical exercises. The front cover is present; the rear cover has perished. The pages are in nice shape and soundly bound; the cover is worn and soiled. It was written while Asa was 16 years old, as in it, he records his birthday as April 12, 1773.

In addition to providing mathematical basics, boys venturing into trades or businesses needed advanced or specialized training in mathematics. In this case, it would appear that Asa may have been preparing for future work in commerce as his ciphering book contains additional tasks titled: The Pence Table, Addition of Money, Wine-Measure, Cloth-Measure, Tare Weight, Compound Interest, "Rules of Practice [for] most sorts of Goods or Merchantdize," Brokage, Rebate, etc.

Online genealogical records show that Asa became a wealthy farmer and the owner of a coastal vessel. He married and had large family. Asa died in 1870 at the age of 97.

18th-century American ciphering books are scarce as the overwhelming majority of extant examples date from the early 1800s into the mid-1850s.