For a New World to Come: Experiments in Japanese Art and Photography, 1968-1979 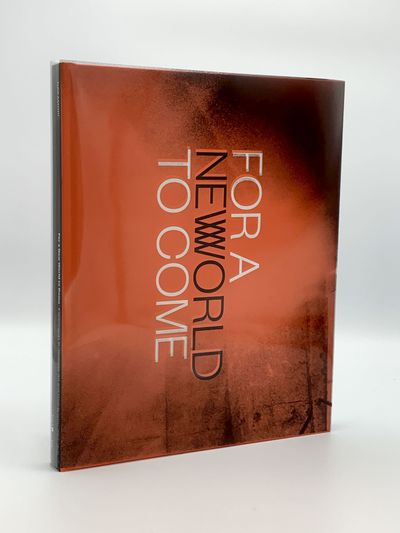 by NAKAMORI, Yasufumi; Allison PAPPAS
Houston: Museum of Fine Arts, 2015. A near-fine copy with light handling wear. 12 x 9.5 inches. 254 pages. Printed boards; printed acetate jacket. "In Japan, the student protests and avant-garde art initiatives of the late 1960s gave way to political apathy, economic uncertainties, and an introspective tendency in art. As a result, many artists sought different avenues of expression, using photography in experimental and conceptual ways as part of their larger artistic practice. Many photographers also responded by moving away from a straight documentary approach, some displaying their images in series and installations as works of art. "For a New World to Come "provides a thought-provoking look at photography-based works and other works by twenty-nine of these artists, including such well-known names as Nobuyoshi Araki, Koji Enokura, Daido Moriyama, Hitoshi Nomura, and Jiro Takamatau, as well as others who are less familiar but no less important. International scholars discuss their innovative works, many of which have not been published previously outside Japan. They also shed light on the important artistic collectives, photographic journals, and independent exhibition spaces of the era, offering fresh perspectives on this critical period in art and photography in Japan" (the publisher). (Inventory #: 406023)
$600.00 add to cart Available from Riverrun Books
Share this item