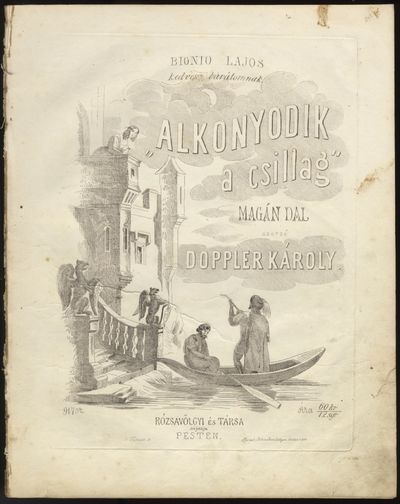 Slightly soiled. First Edition. Mona 1800. Scarce (no copies located in the US or UK).

Karl Doppler was the brother of Franz, with whom he made several concert tours before settling in Pest. While he composed a number of works, including the famous "Honfi dal" (1857), Karl was better known as a conductor, first at the National Theatre and then in Stuttgart. (Inventory #: 32230)
$66.00 add to cart or Buy Direct from
J. & J. Lubrano Music Antiquarians
Share this item