A BOOK OF COMMON PRAYER. A Novel 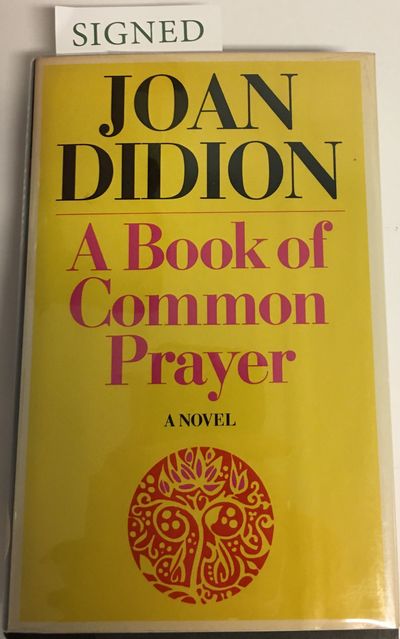 by Didion, Joan
New York: Simon and Schuster, 1977. First edition. Hardcover. A nearly fine crisp copy in a very good to near fine jacket that has lamination flaws being tiny vertical lines on the rear panel and both flaps (with two short creases to bottom of front flap). Signed by Didion on the front red endpaper. The novel is narrated by Grace Strasser-Mendana, an American expatriate who married into one of the three or four families that dominate Boca Grande politics, the Mendanas. Grace was trained as an anthropologist, and later took up the amateur study of biochemistry, both attempts to find clear-cut, scientific answers to the mysteries of human behavior. Both attempts fail: Grace remains uncomprehending and cut off from the people around her, and in the final line of the novel she admits, "I have not been the witness I wanted to be." (Inventory #: 14403)
$500.00 add to cart or Buy Direct from Ed Smith Books
Share this item

THE SPY WHO CAME IN FROM THE COLD

New York : Coward McCann , 1964
(click for more details about THE SPY WHO CAME IN FROM THE COLD)

New York : Random House , 1939
(click for more details about THE DAY OF THE LOCUST)
View all from this seller>