No Future: Sex, Seditionaries and the Sex Pistols 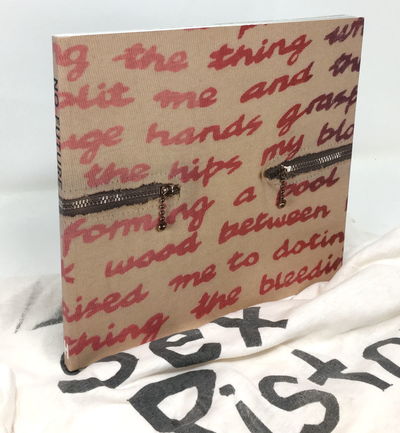 by Bracewell, Michael, intro.; Andrew Wilson, essays
Sewn wraps with French flaps, 24.1 by 21.9 cm, 127 pp., illus. in full color. Faint edgewear and corner bumping. A wonderfully illustrated catalog for the 2004-05 exhibition Punk held at The Hospital in London. From the front flap: "Between 1975 and 1979, the searingly truthful music of the Sex Pistols encouraged a generation to confront boredom and reinvent life through music. In tandem with the fetish and bondage clothes designed by Malcolm McLaren and Vivienne Westwood; the inflammatory graphic design by Jamie Reid; and the subversive media-manipulation of Malcolm McLaren, their collaborative project overturned the worlds of music, fashion and graphic design. Their work has now achieved iconic status. No Future examines the nature of this achievement by unlocking the specific meanings of the visual images and attitudes that were at its heart. Essays by Michael Bracewell and Andrew Wilson form an analytical commentary which lay bare the iconography, aspirations, success and failure of punk. These accompany illustrations of clothes from SEX and Seditionaries, Reid's graphic design as well as other rarely seen photographs and artefacts documenting the short but influential life of the Sex Pistols – many reproduced for the first time." (Inventory #: 3422)
$150.00 add to cart Available from Bay Leaf Books
Share this item