The Military Panorama, or Officer's Companion for Oct. 1812-March 1813 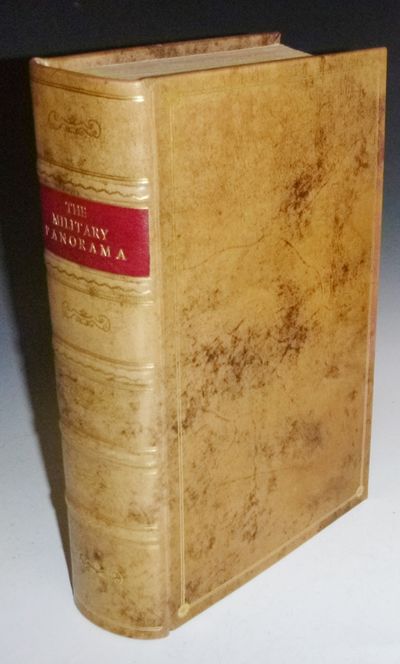 London; [1812-1813]: For P. Martin. Thick Octavo. One volume, monthly periodical. This Officer's companion covers October 1812 through March 1813. 690pp., 14 engravings which include front engraved title page and 4 engraved portraits, 2 folding charts and 7 folding maps or battle plans as called for by the directions to the binder at the end of the volume. November 1812 contains the military biography of The Duke of Wellington with his engraved portrait. This volume begins with a biography of Duke of York through to the Earl of Uxbridge. It also contains the Campaigns in The Peninsula which will be continued in each succeeding number and will contain maps and plans describing their different lines of march made by the British troops in the course of their operation. A supplementary number to volume I gives listings of names of the Commissariat department, the Commissariat department in Ireland, Barrack department, medical department, other military departments including paymaster general, chaplains, hospital staff, declarations, marriages, births and deaths and with a concluding essay for the first volume and much more. Bound in a modern full leather, raised bands with compartments ruled and decorated in gilt, red morocco spine label gilt, all edges speckled red, the text is bright and fresh, the maps display some toning or foxing. A very nice copy. (Inventory #: 022433)
$750.00 add to cart or Buy Direct from
ALCUIN BOOKS, ABAA
Share this item