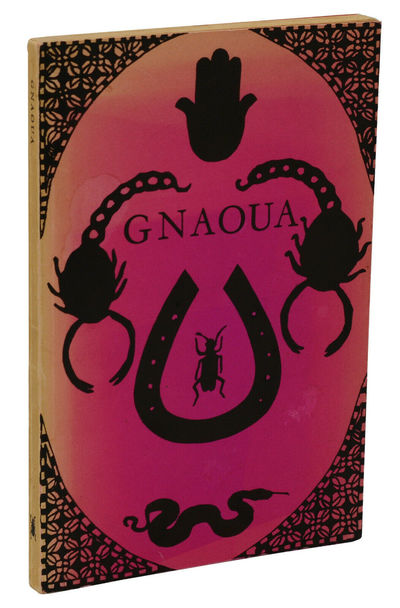 by Cohen, Ira [Editor]; Smith, Jack [Photography]; Burroughs, William S.; Ginsberg, Allen; McClure, Michael; Gysin, Brion; Norse, Harold
Tangier, Morocco: Gnaoua, 1964. First Edition. Very Good. Number One, Spring 1964. 103 pp. Illustrated magenta wraps. Very Good with sunned and faintly stained wraps, creased spine, old price written on front free endpaper. The first and only issue of a mostly expatriate literary journal compiled in Tangier, Morocco. It features the photos of Jack Smith (stills from his film Flaming Creatures), as well as work from famous Beats Allen Ginsberg, Michael McClure, and William S. Burroughs. The latter's influence on Bob Dylan was profound. This literary magazine was featured on Dylan's mantelpiece on the front cover of the album Bringing It All Back Home as per Dylan's request, which is a testament to that influence that also made this one-off production an instant cult favorite. (Inventory #: 140939698)
$1,350.00 add to cart Available from
Burnside Rare Books
Share this item
Burnside Rare Books
Offered by