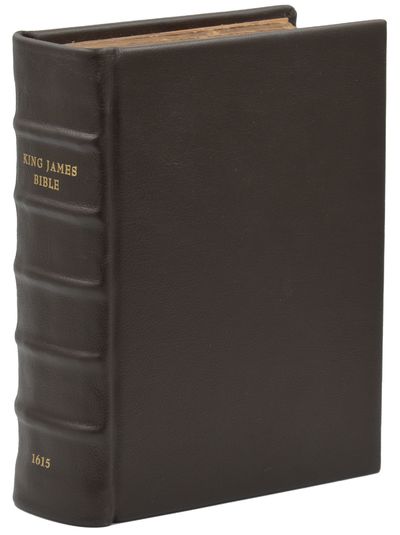 by [King James, et al.]
London: Robert Barker, 1616. The King James Version. Good. London: Robert Barker, 1616. [with] London: The Companie of Stationers, 1617. 8vo. Bound in modern faux leather, retaining what likely is the original blanks as paste downs. Complete title pages for The Genealogies, the Old & New Testaments, the Booke of Psalmes. Textblock is trimmed, with occasional notations from previous owners, numerous repairs and reinforcements throughout. Blank before the Booke of Psalmes is removed, though may have been used as the pastedown. An early edition of the King James Version of the Bible, which was begun in 1604 and first published in 1611. (Inventory #: 140939724)
$4500.00 add to cart Available from
Burnside Rare Books
Share this item
Burnside Rare Books
Offered by

The Magic of Blood

Albuquerque : Univesity of New Mexico Press , 1993
(click for more details about The Magic of Blood)
View all from this seller>