The Adventures of Ulysses; to Which is Added, Mrs. Leicester's School; or, the History of Several Young Ladies, Related By Themselves 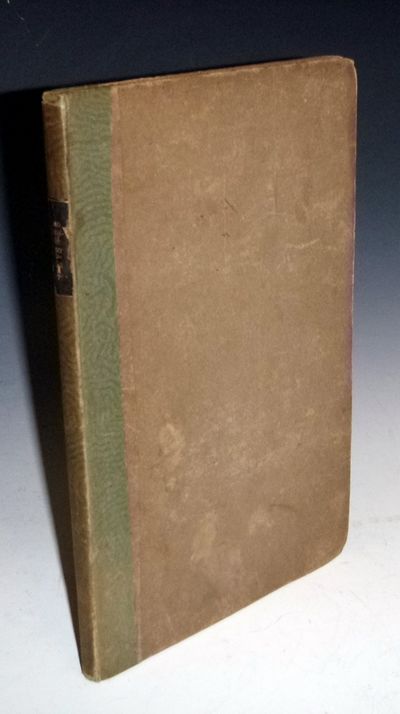 by Lamb, Charles & Mary
London: Bradbury & Evans for Edward Moxon, 1840. Octavo. (4) 71. Printed in double columns. They first gained success as their "Tales of Shakespeare" were issued in the first quarter of the 19th century. When Charles Lamb (1775-1834) and his unfortunate sister Mary (1764-1847) moved from one undesirable lodging to another, William Godwin suggested they contribute to his "Juvenile Library". Their first work was the Tales of Shakespeare with Charles doing the tragedies and Mary taking the comedies. Then they came across the philosophy of Mrs. Leicester's School which counter the patronizing morality of most children's writers and finding a reality of children's lives even when they faced hardships and unfair suffering. They prepared; The Adventures of Ulysses which became one of the favorites for small children. Edward Moxon (1808-1858) desired to publish them and Mary wrote seven of the stories, with children having written three. The seven girls whose stories are told are: Elizabeth Villiers, Louisa Manners, Ann Withers, Elinoir Forester, Margaret Green, Emily Barton, Maria Howe*, Charlotte Wilmot, Susan Yates* and Arabella Hardy*. Those with an asterisks are by Charles Lamb, the others are by Mary. Since Mary was often deeply emotionally troubled, the stories she wrote caused her deep emotional pain. The 1840 was the nicest edition of the Ulysses tradition by Moxon. Moxon was called the dedicated publisher of the poets, from Wordsworth, Leigh Hunt and to Tennyson. Bound in a contemporary cloth backed boards with original morocco label on spine, only light wear to spine ends and corners. A very nice copy. (Inventory #: 022442)
$255.00 add to cart or Buy Direct from
ALCUIN BOOKS, ABAA
Share this item