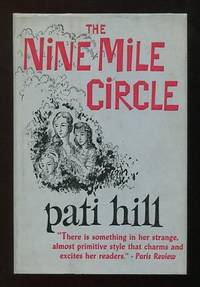 by Hill, Pati
Boston: Houghton Mifflin Company. Near Fine in Near Fine dj. 1957. First Edition. Hardcover. [nice tight clean copy, no significant wear to book; jacket just lightly soiled on rear panel]. The second book (and first novel) by a Kentucky-born writer who had been a top model, first for the Powers agency in New York and later in Paris, before turning to writing. (The jacket blurb describes her as a "young writer," but in fact she was 36 when it was published.) The novel is set in a small Southern town, where "in one hot summer, birth, death, marriage, divorce, rivalry, love, and hate change and disrupt lives, while the tenor of life itself flows on unchanged, and her adolescent heroine, Linda, gradually sorts out reality from dream and discovers her future self." (The jacket blurb evokes comparisons with Carson McCullers and Eudora Welty.) According to her New York Times obituary (September 2014), she had been a close friend of Diane Arbus; it described her as "an acclaimed author of fiction in the 1950s and 60s who later turned to visual art, distinguishing herself with images made from a relatively new artistic tool — an IBM photocopier." As far as writing goes, she published two more novels, "Prosper" (1960) and "One Thing I Know" (1962), before turning her attention more to poetry and photocopier art. She died in France in 2014. . (Inventory #: 21305)
$100.00 add to cart Available from ReadInk
Share this item
ReadInk
Offered by