THE SUPPRESSED BOOK ABOUT SLAVERY! PREPARED FOR PUBLICATION IN 1857, - NEVER PUBLISHED UNTIL THE PRESENT TIME 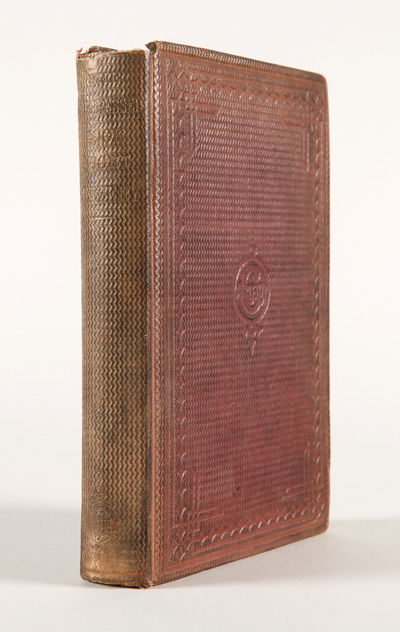 by [Carleton, George W.]
New York: Carlton, 1864. 432pp., plus eight engraved plates printed on yellow paper (including frontispiece). Original blindstamped brown cloth, spine stamped in copper. Minor edge wear, corners bumped, spine head chipped. Internally clean. Very good. The scarce first edition of a fiercely abolitionist book, published to coincide with the 1864 presidential campaign. Lincoln's insistence on emancipation as a condition of any end to the Civil War became a major issue in his re-election campaign. The author/compiler/publisher George W. Carleton was clearly a pro-Lincoln man, and here lays out in lurid detail the "suppressed" and horrible facts about the buying, selling, and exploitation of human beings due to slavery. One controversial aspect of the work lies in the fact that Carleton argued that the North was just as responsible as the South for the horrors of slavery. The text includes chapters on the history of slave treatment, auctions, life on plantations, slave education, runaways, the expansion of slavery (Ostend, Cuba, and Kansas), and more. The frontispiece shows a slave auction taking place in the foreground as the American flag flies proudly in the background. Other plates include slaves "halting at noon," a depiction of the "Coffle Gang," blacks being sold into Southern slavery, the lashing of a slave, a stark scene of a slave being flogged with whip and paddle, runaway slaves being chased by bloodhounds, and another scene of a young slave family escaping down a river bank. All of the plates were engraved by Vaningen & Snyder. A scarce work with informative and powerful depictions of the horrors of slave life. LIBRARY COMPANY AFRO-AMERICANA 10068. (Inventory #: WRCAM55436)
$750.00 add to cart or Buy Direct from
William Reese Co. - Americana
Share this item