The Man Behind the Guns: A Military Biography of General Henry J. Hunt, Chief of Artillery, Army of the Potomac 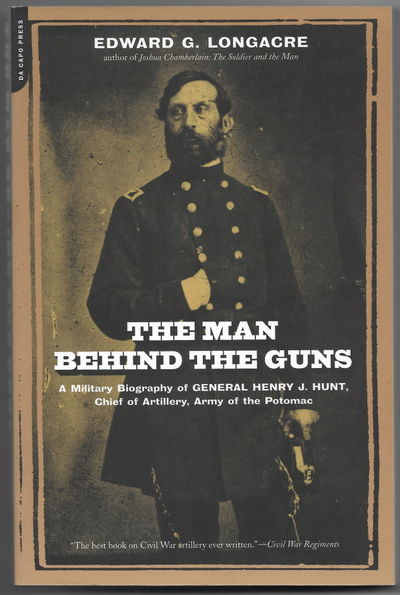 by Longacre, Edward G.
Wraps, 294 pp., illus. Unread copy with only faint signs of shelf wear to the wraps. From the publisher: "The deadly accurate guns of the Union artillery were the most feared weapons on Civil War battlefields. General Henry Jackson Hunt, the highest-ranking artillery officer in the Union army, was 'the man behind the guns' – the military genius who transformed a disorganized artillery corps into the most effective service arm of the army. Even the Confederates admired General Hunt. One Rebel general once boasted, 'Give me Confederate infantry and Union artillery, and I'll whip the world!' The Man Behind the Guns tells the life story of General Hunt, who, by the time he died in 1889, was recognized as one of the finest tacticians and military theorists ever to wear an American uniform. His outstanding reputation, however, had been established years before when his 270 strategically placed cannon shattered Pickett's Charge and decided the outcome of the most significant battle in American history. This classic military biography, published twenty-five years ago and now available for the first time in paperback, is a 'must' for every student of Civil War history." (Inventory #: 3474)
$10.00 add to cart Available from Bay Leaf Books
Share this item