When the Smoke Cleared at Gettysburg: The Tragic Aftermath of the Bloodiest Battle of the Civil War 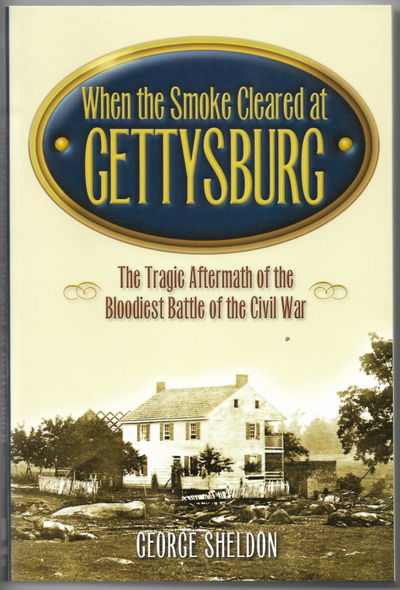 by Sheldon, George
Wraps, 288 pp., illus. Unread copy with only faint signs of shelf wear to the wraps. From the publisher: "In July 1863 the bloodiest and most decisive battle of the Civil War was fought near the sleepy town of Gettysburg, Pennsylvania. While many books have been written about the landmark battle, When the Smoke Cleared at Gettysburg differs from the rest by detailing the horrific aftermath of the battle, detailing what it takes to put a town back together after two armies have fought through its streets and across the surrounding countryside. The small town of 2,400 inhabitants was faced with the enormous problem of burying more than 7,000 dead soldiers and caring for 20,000 wounded men who had been left behind by both armies. Fields that just days earlier maintained crops and livestock were now littered with firearms, munitions, and swords, and nearly every building still standing was turned into a field hospital with mounds of amputated limbs left behind after the surgeons had completed their grizzly work. When the Smoke Cleared at Gettysburg provides firsthand accounts of life in the town and on the battlefield in the days and months following the brutal fighting. Included are stories and vivid descriptions from soldiers, reporters, civilians, doctors, and nurses. Good Samaritans came to help the wounded and the dying, and profiteers and souvenir hunters were not far behind. Then came the politicians, followed by legions of families seeking the remains of their fallen sons. When the Smoke Cleared at Gettysburg presents the heart-breaking human misery resulting from his battle and by the ongoing war wherever it went. From the backbreaking chore of clearing the battlefield of the wounded and dead to nursing the amputees, one can learn much of the battle by seeing what ordinary people who were pulled into the war did to survive and rebuild their lives." (Inventory #: 3477)
$10.00 add to cart Available from Bay Leaf Books
Share this item