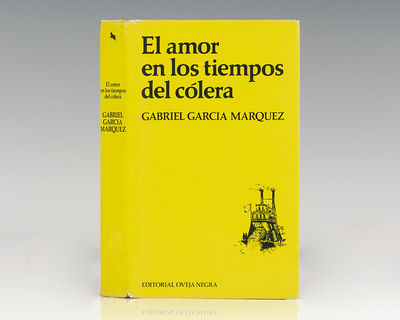 by Garcia Marquez, Gabriel
Bogota: Editorial Oveja Negra, 1985. First Columbian edition and true first which ranks as one of the great novels of the last half of the twentieth century. Octavo, original cloth. Signed by Gabriel Garcia Marquez on the dedication page. Near fine in a near fine dust jacket. "This shining and heartbreaking novel may be one of the greatest love stories ever told," wrote the New York Times. It's a "sumptuous book[with] major themes of love, death, the torments of memory, the inexorability of old age" (The Washington Post). The English-language movie adaptation was released in 2007, starring Academy Award-nominated Brazilian actress Fernanda Montenegro. (Inventory #: 112009)
$4,500.00 add to cart or Buy Direct from
Raptis Rare Books
Share this item