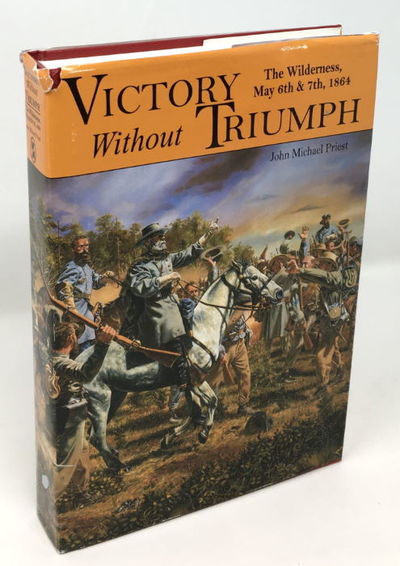 by Priest, John Michael
Hardcover with dust jacket, red cloth with gilt spine titles, 15.5 by 23.5 cm, xviii 331 pp., maps, illus. The hardcover is near fine; the dust jacket is good with minor rubbing and some chips and tears on the edges (now in mylar), and a small spot of skinning near the bottom of the spine pane. From the front flap: "Priest meticulously details the vicious infantry fighting along the Pack Road, Longstreet's counterstrike against the II Corps, the cavalry operations of both armies near Todd's Tavern, and John B. Gordon's daring assault against the Army of the Potomac's right flank. Embellished with 38 detailed, two-color maps, this book enables the reader to follow the Army of the Potomac and the Army of Northern Virginia through the last two days of the campaign which signaled the advent of Ulysses S. Grant into the Eastern theatre of the war." (Inventory #: 3501)
$25.00 add to cart Available from Bay Leaf Books
Share this item